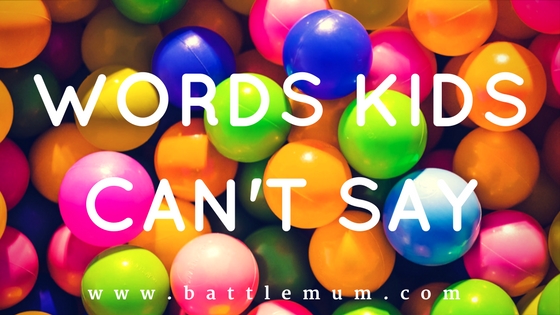 There are just some words kids cant say. We’ve all been there, our parents often reminding us what words we would get muddled up as children. We’ve done it and now our children are too. Recently BattleKid got pins and needles in his leg from sitting in one position too long. He had no idea what was wrong and was crying to BattleDad that his leg was hurting and felt funny. We deduced that he had gotten pins and needles for the first time, a sensation we as adults are used to. It’s something you forget about until your children experiences it for the first time. And it must feel like the most alien thing to them. He now calls them peedles, instead of pins and needles.

Photo by Greyson Joralemon on Unsplash

We also have Bairy instead of Fairy, the very common Lellow instead of Yellow and puter instead of computer like Kelly’s little ones from The Best Version of Kelly. One of my sisters used to say hassgropper instead of grasshopper too. We find it quite funny when we hear BattleKid say “Mammy, Daddy, I have peedles”. It got me wondering what are some of the other words kids cant say and, so I asked the parent blogger community to share their words with us.

The A to Z of Words Kids Cant Say

A is for Avocado, or applocado as Nathalie’s son would say (Intolerant Gourmand). It is also for Advertisment, or advertment according to Nicole from Tales from Mamaville’s 4-year-old. And you’d think it’s for Ambulance as well. Oh no, not according to Sarah from The Herniman House’s 3-year-old son. A is for apple-lance.

B is for Blueberries. Also known as bobaries by Nicole’s son from The Frugal Cottage, or boobies by Kayley from Friendly First Food’s little one! B is also for Bath Bomb or bum-bum according to Ally’s daughter from Slim Sights.

C is for Crepe, or crap according to Pete’s daughter (Household Money Saving). C is also for Carbonara (one of my favourite Italian dishes) or better known as carabanana by Amy from The Smallest of Things’ daughter. C is for Clock, or cock according to the little ones of both Jaymee (The Mum Diaries) and Kellie’s son too (My Little Babog). And while we’re veering into swear words, C is normally for Castle but in the words of Aria, daughter to Leanne asshole (A Slice of My Life Wales)! 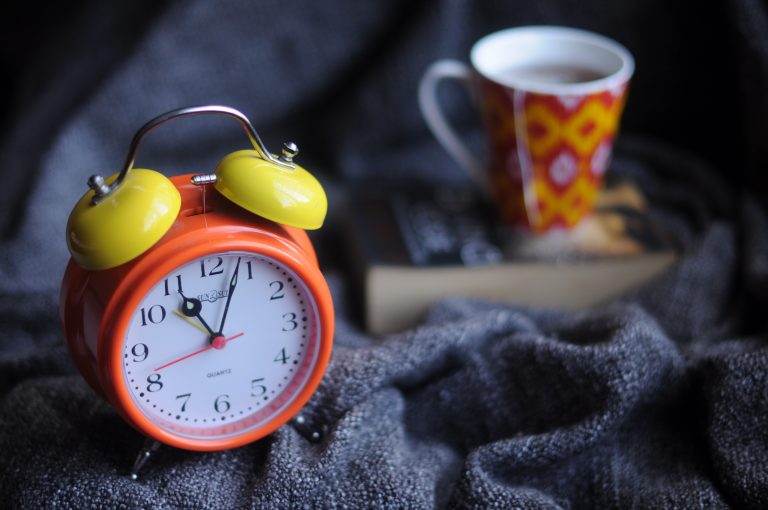 Photo by Sanah Suvarna on Unsplash

D is for Dinosaur but not according to both Beth (Twinderelmo) or Cat’s (Rock and Roll Pussy Cat) little ones. No, D is for dine-saw and dinoraurs, respectively.

E is for Eskimo Kisses, or es-man iss’ as Sophia’s little girl would say (Tattooed Tea Lady). E is also for Ear Defenders, or indiferds according to Louise’s daughter from Pink Pear Bear.

F is for something I wear most days since we moved to Portugal – Flip Flops. Or, as Nicola from The Mummy Monster’s little one would say “dip dops”, or Victoria from Parenting Peace and Quiet’s little one’s name for them, plip plops.

G is for Guinea Pigs, or pip-pigs according to Jo’s little one from Cup of Toast. G is also for Glasses, which I wear, or as they are known in Sally’s house, lowers. That’s the first time I’ve heard them referred to as that (Teddy Bears and Cardigans).

H is for Helicopter or hebicotteleter as Michelle from What Mummy Thinks’ daughter has renamed it!

I is for Isabella. Michelle’s son can’t quite get his sister’s name right and so calls her Billaba (What Mummy Thinks).

J is for Just Kidding, or just killing as Mia’s son from Seaside Living with a Turtle and Unicorn says.

K is for Kettle, which was renamed cattle some 20 years ago by Becky from 3 Princesses and 1 Dude’s sister. Kettles will forever be known as cattles in her house.

L is for Lawnmower, or as Jo’s son from Pickle and Poppet calls them, lun bowers.

M is for Milk, or door as Jenni’s little one from Chilling with Lucas has called it. I asked why, and she said

I’m guessing because it comes from behind the fridge door, but we have never known why. He calls my breastmilk mummy’s door haha.

M is also for Mature but in Tracey’s house, from Pack the PJ’s, mature has been renamed manure. So, if you want Mature Cheddar, you’ll receive the manure cheddar from her son. Love this!

M is also for Monkey, or punkey as Jennie from Ricecakes and Raisins 1 year old says. Monkey has been renamed wanky by Leanne’s little girl of A Slice of My Life Wales. Oops.

Photo by Park Troopers on Unsplash

N is for Nutella, or butella as Louise’s son from With Love from Lou says.

O is for Octapus, or opitus as Michelle’s daughter says (What Mummy Thinks).

P is for Pillow. Well, not anymore. Pillow is now podo in Elizabeth’s house (The Homemakers Journal) and bippo in Annie’s house (Mama Willmot).

Q is for quickly, a word I am often saying to BattleKid (why are 3 year olds so slow) or quiply as Amy’s 3-year-old says from The Smallest of Things.

R is for Rabbit, or babbit as they’re now known by Christy’s nephew (Welsh Mum). R is also for Radiator or galorator as Sophie’s son says (Sophobsessed), and R would also be for Remember, or benember as Emma’s 5-year-old says instead (Wanderlust and Wet Wipes).

S is for Sausage Roll, or arsehole if you are Jenni’s little one from Chilling with Lucas! S is also for suitcase, or soupcase as Elizabeth’s little one calls it (The Homemakers Journal). S is also for Snuggles and cuddles or noodles as they’re known in Laura’s house (The Mamma Fairy).

T is for Trampoline, or ba-boh-leen as Alice’s little one says from Living with a Jude.

U is for Unicorn, a majestical creature, or nunicorn as Fateen’s daughter calls them (The Ninjas Tale).

V is for Very, or bery as both Mia’s son from Seaside Living with a Turtle and Unicorn and BattleKid say.

W is for Wellies, something we don’t need or use here in Portugal but for Sarah’s little one in the UK, willies are a must (Whimsical Mumblings).

X was one that we couldn’t find a word for but it forms part of Litter Box or as another blogger mentioned in another article of this type about words kids can’t say, Glitter Box as their little ones likes to call it. In the author’s words

I know which one I’d rather be cleaning!

Y is for Yoghurt, or lollert as Simones little one says (Dog Days and Delights). Y is also for Yellow, a hard one for many kids to say including Beth’s from Twinderelmo, and also Helen from Talking Mums. We have a Lellow sayer in our house too. 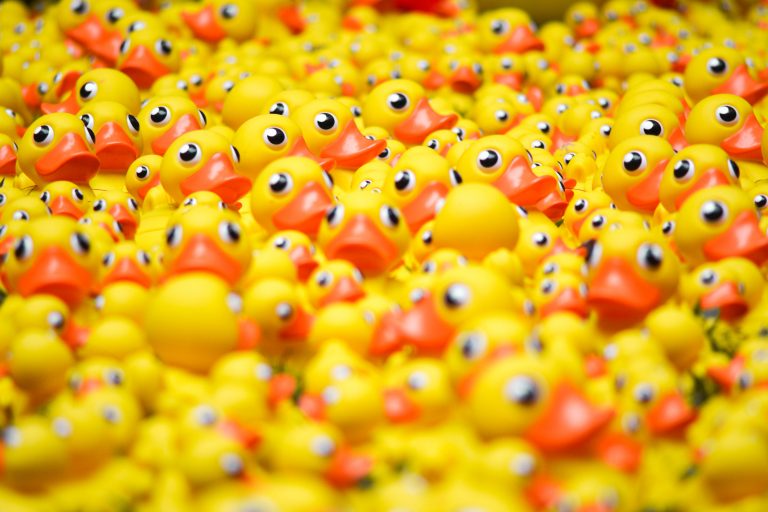 Photo by Andrew Wulf on Unsplash

And last but not least, Z is for catching some zzz’s, sleeping, or in Lianne’s house, bleeping (Ankle Biters Adventures).

Special mention goes to Simone’s niece of Dog Days and Delights who, instead of saying sucking a sweet, says fucking a fweet.

And by far my favourite of all the responses to my shout out for words kids cant say was from Tamara of The Epileptic Blogger who’s little one calls a Bucket and Spade a F@ck it and Bade!

What a wide variety of words kids cant say. Are there any on the list your little ones cant say? Or some which are not? We’d love to hear what they are! 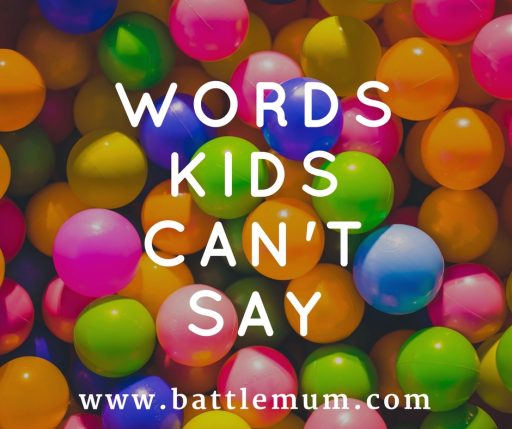 Thanks to all the bloggers who helped me write this post by sharing with us the words and phrases their kids cant say. 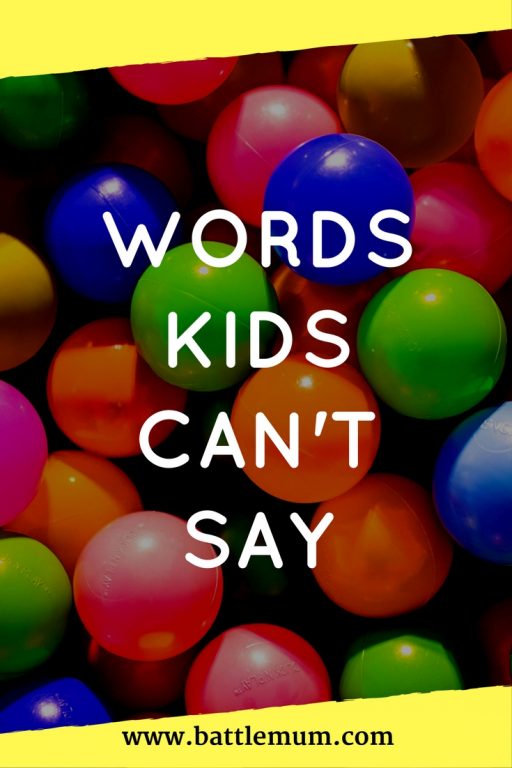 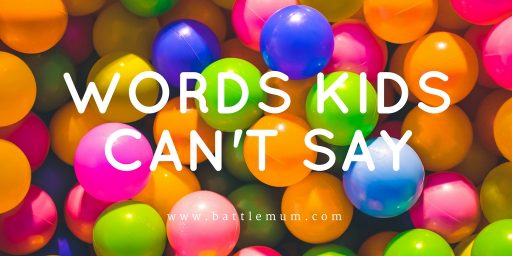