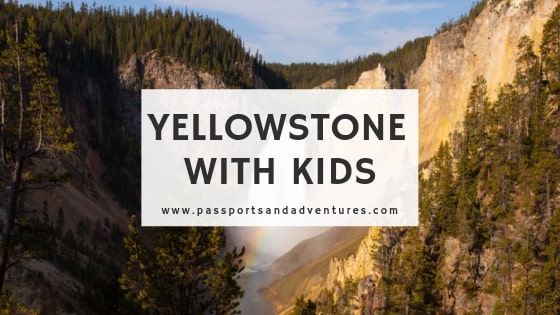 For many years, Yellowstone National Park was top of our bucket list. Having seen a documentary about it, we knew one day we would visit. However, we had long thought of it as somewhere to go when our son was older. But, in 2016 we took a chance and, on a whim, booked flights, car hire and accommodation to make our dream of visiting this amazing place a reality. In this guide to visiting Yellowstone with kids I’ll tell you how to get there, where to stay and the best things to see and do in this unbelievable National Park.

END_OF_DOCUMENT_TOKEN_TO_BE_REPLACED 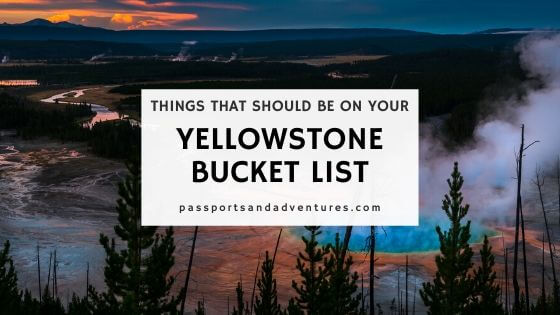 When planning a trip to Yellowstone Park, not only do you need to consider how you are getting there, where you are staying and for how long, you’ll also want to decide and make a list of all the thing you want to see and do in Yellowstone National Park. So, to help you out a bit, here is our Yellowstone Bucket List that we compiled before we visited. Note that although we were looking for things to do in Yellowstone with kids, they are not exclusively for those travelling with kids.

END_OF_DOCUMENT_TOKEN_TO_BE_REPLACED 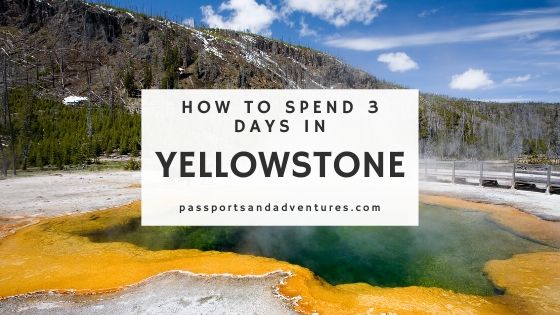 When we decided to visit Yellowstone National Park, it was part of a longer road trip and one of the biggest questions we had was how many days to spend in Yellowstone out of the two-week trip. We had four days in total and I wondered how to see Yellowstone in 3 days in case jet lag hit us. We put together a must-see list for our time in the park and worked from there. In this post I’m going to share with you our Yellowstone 3-day itinerary to show you what is possible and how to spend 3 days in Yellowstone yourself.

END_OF_DOCUMENT_TOKEN_TO_BE_REPLACED 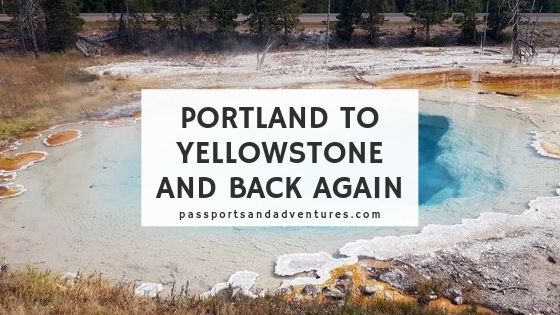 END_OF_DOCUMENT_TOKEN_TO_BE_REPLACED

Unbelievably I didn’t wake until 9.30am. I must have been tired from all the driving. BattleKid didn’t wake until after 10! Shortly after a light breakfast we spotted some deer in the back garden of the building our apartment was in. The smoke haze hadn’t lifted either. In fact, I thought it was getting worse.

After getting dressed, we headed for the National Bison Range, located 55 miles from our apartment. Our host had left some information magazines in the apartment about Montana, and we had spotted the National Bison Range in one. Although we had seen lots of bison in Yellowstone, the article said there were other animals to see, so we thought we’d head there. Unfortunately, our plans of spending two days exploring Lolo National Forest went up in flames, literally. The fires we’d hit at we crossed from Idaho to Montana had hit Lolo Forest and the surrounding areas, so we had no chance of seeing any of it. I was thankful for the information magazines our host had left in the apartment.

Established by Theodore Roosevelt, the National Bison Range is a wildlife refuge set up in 1908 to provide safe sanctuary for the America Bison. Incredibly, we had learned in the Albright Visitors Centre Museum in Yellowstone that the bison population had been decimated between 1870 and 1880 by 85% from 5.5million to less than 400k. I was absolutely shocked at this statistic. One question raised during our cookout was why people hadn’t farmed them. I can understand them being slaughtered for their meat but not in those numbers over just a ten year period.

The National Bison Range is also one of the oldest refuges in America and serves as a basis for research with the United States. The bison herb is quite small numbering between 350 and 500 individuals, but the range also has other animals including prong-horned deer, elk, big-horned sheep, black bear, coyote and even mountain lion. It covers 18,800 acres and has two different trails, along with a visitors centre where you pay your entrance fee, can get information and even see examples of some of the animals to watch out for during your visit.

We stopped at the gift shop just outside the gates to the National Bison range when we arrived, and BattleDad hired a set of binoculars from the shop for $10, with a refundable deposit of $100. He was hoping to buy some for BattleDad as the little ones we had bought him in Yellowstone were only toy ones and you couldn’t really see anything through them. But there weren’t any suitable ones in the shop. Armed with better binoculars, we went in.

We entered the Range and went to the visitors’ centre first where it cost us just $5 to gain entry to the range. We decided to do the longer drive, the Red Sleep Mountain Drive, through the range, which took us just over an hour. We saw individual bison, but no herds. The office does warn you that the bison can be anywhere in the Range and that some areas aren’t visible from the roads. You can hike part of the Range, but we weren’t planning on doing any hiking, especially with BattleKid in tow.

We did see some prong-horned deer and also some elk along the river on our return drive towards the visitors’ centre. One thing we did realise was that you really need a 4×4 type vehicle to do the full drive as it is a dirt road and very bumpy in parts. We would not have enjoyed it had we been in a normal family car. There were steep inclines and switch backs too, which aren’t advisable for trailers either, which you must leave in the car park at the visitors’ centre.

We returned the binoculars to the gift shop as we left the range, with BattleDad getting us a small wooden carved bison as a memento of our visit, and we took our time driving back to Missoula. We decided to have an early dinner in a TripAdvisor recommended Chinese Restaurant called China Garden. Hailed as THE best Chinese in Missoula, we weren’t disappointed by our meal. The portions were absolutely huge though! We could have easily shared one main between the three of us.

Suitably stuffed we decided to make our first ever visit to a Walmart. Holy cow, what an experience. Not only was the store ginormous but what an array of people visit it. We couldn’t get over the size of the place and the fact they sell guns in what we’d class as a supermarket! You can literally buy anything in Walmart.

In the end we bought an extra suitcase to bring home all our souvenirs and things we’d bought, and at the same time treated BattleKid to a new set of Cars 3 models. But my word, did it take some doing to free them of their packaging. Each car was held in by not one but two of those annoying string ties and there were 5 cars. Frustrated isn’t the word for it. And no meant feat to get it done quickly with a three year old constantly asking for his new cars either.

We decided to have a chilled afternoon and evening after our long drive the day before. So, I made us some popcorn and we found Paddington to watch on Netflix on the PS3 in the apartment. I thoroughly enjoyed the film and BattleKid watched most of it, in between driving his new cars.

We got BattleKid into bed not long after 8pm and BattleDad and I watched the first episode of Ozark, a new Netflix series starting Jason Bateman, who I hadn’t seen in years. We’d been meaning to start it, so thought this was as good a time as any. Us parents were in bed by 10pm though, still tired from driving.